The time has come to bid adieu to one of our own. On July 20th, Chris McFarland will be retiring from his role as coach at Five Alarm CrossFit. As many of you know, Chris and his wife Christy, recently welcomed their second son, Cole (joining big brother Cameron) to their family. As Christy returns to work and Chris continues his career as a Bloomington firefighter, he felt his time off would be best served focusing on his family.

Chris has been with Five Alarm since the beginning and has been a valuable asset during those 2 1/2 years. Whether through his knowledge as a strength coach or his witty sense of humor, it’s safe to say that Chris has had a positive impact on many of us. We are going to miss his smiling face and impromptu dance parties in the gym but know his boys will enjoy having their Daddy at home more on his days off. Thanks for all of your hard work, Chris! Don’t be a stranger! 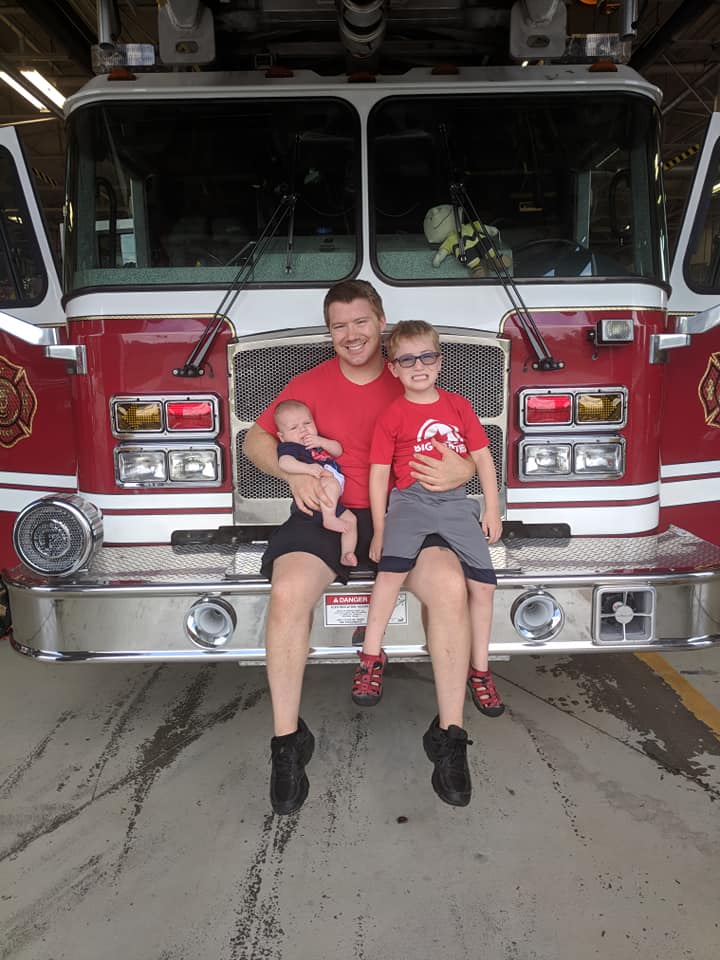