Friday Night Lights is back! Yes, you read that right. 3 weeks of fun, fitness, and friends beginning Friday, February 17th. For those of you who have never participated in this event, you’re in for a treat. For those who have been through it before, we hope you’re as excited as we are for its return. Check out the rest of this post for additional details including the registration link!

Friday Night Lights is a 3 week, inner gym event where athletes will complete a workout (provided by the CrossFit Games Open), earn points for their team, and enjoy cheering for and hanging out with other Five Alarm athletes. The event begins on Friday, February 22, runs for 3 weeks, andends Friday, March 3.  Our schedule for those 3 weeks will look like this:

*** Please note, there will NOT be Open Gym access during the event.

In addition participating in the workouts, we will have a friendly, inner-gym competition. Athletes will be randomly drafted onto teams captained by Coach Ryan and Coach Leah. Each week, athletes will have the opportunity to earn points for their team. More details on this will be released as we get closer to the event.

Every Thursday night, after CrossFit releases the workouts, athletes will sign up for the heat they would like to participate in. You’ll be able to find that heat link on fivealarmfitness.com/events or on our Five Alarm Athletes Facebook page. Heat assignments are first come, first serve but don’t worry, everyone will have a chance to do the workout that night.

NOTE: If you’d still like to see how you stack up against the rest of the world, you’ll either have to calculate and keep track of where you would have finished on the CrossFit.com Leaderboard, or register separately on open.crossfit.com.

So are you ready for the fun? If so, click the link below to sign-up. Still have questions? Ask your coach or send us an email and we’ll help you out!

How is Friday Night Lights different than a regular Friday class?

For the event, the gym is set up in more of a competition style format. Athletes will have their own “lane” for the workout along with a judge that will help count their reps, write down their score, and encourage them to keep the standards of the workout (squat depth, chin over bar, etc). This is also a time when we encourage people to push a little harder than they might in a group class or spend extra time trying to get that first pull-up or lift a slightly heavier barbell (don’t worry, we won’t encourage you to do anything we think will injure you). You might be surprised what you’re capable of when in this type of environment.

What is the Open?

The Open is an online competition hosted by CrossFit HQ that gives the fitness community a chance to see how they might stack up against the rest of the world in the sport of fitness. The top finishers in the Open will get a chance to move on to the next level with the best of the best making it to the Games (CrossFit’s version of the Super Bowl). Every Thursday night for 3 weeks, CrossFit HQ will release a new workout for athletes to complete. We will be utilizing these workouts during Friday Night Lights but athletes do not need to participate in the worldwide competition (for those that wish to, you’re welcome to register for both).

What if I can’t do some of the movements/weights, should I still register to compete?

Absolutely! This isn’t about what you could or couldn’t do last year. It’s not about what other people in the gym can or can’t do. This experience is about YOU. We want you to push outside of your comfort zone and challenge yourself. Besides, who knows when you might get that first Double Under, HSPU, Pull Up, etc.? Also, because this is an inner gym competition, we can help you modify the workout to your ability level if something comes up that you are unable to do. 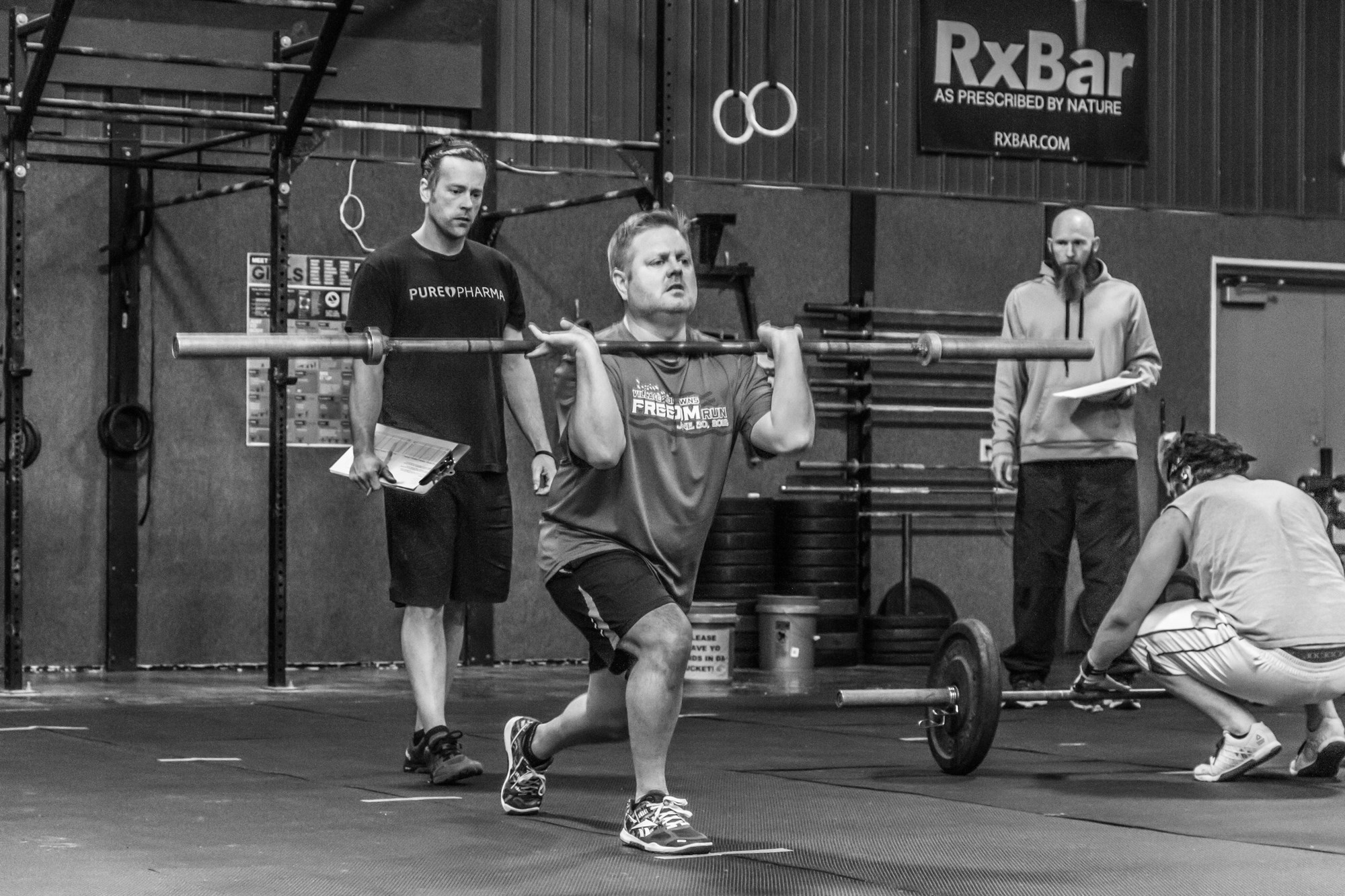 1. How long have you been doing CrossFit?
I gathered the courage to walk into the gym in August of 2014.

2. What, if any, training did you do prior to CrossFit?
Mostly I just ate a lot. However, I lifted weights in my twenties. In my early thirties, I began running consistently. I’d completed several half marathons and the training associated. To be very honest, I’d had friends ask me to try CrossFit for a few years. I’d always turned it down because I was extremely intimidated by the process and was generally private when it came to exercising. I also thought words like WOD, Paleo, and Box were stupid. In August of 2014, I was in a rut and reached out to a colleague of mine that I greatly respected for some advice (Barry Reilly). He encouraged me to show up. It took a ton of courage to walk into the gym for the first time. I walked into a lunch hour work out and felt like Danny DeVito showing up to a Magic Mike casting call 🙂

3. What motivates you to keep coming back each day?
Honestly, it’s because it makes me feel proud. The workouts to me provide stress relief and a deep sense of accomplishment. Lately, I’ve started to see some significant gains and that feels pretty good. I eventually decided that it didn’t matter if I needed to scale a movement. Nobody cares. The coaches are really encouraging (Erica pushes me when I’m dogging it) and I’ve made some friendships that I really value. I also recognize that my health is important and deserves effort and attention. Finally, I’ve got a smoking hot wife that also joined that I need to keep up with!

My least favorite movement are snatches because I can’t do them, and am convinced that the human body is not meant to contort in that fashion.

5. What’s one thing you hope to accomplish in the gym in the upcoming year?
To continue down the path I’m on while working to improve my diet. Let’s face it, I’m not exactly counting calories 🙂 I also hope that I can give back in some way by being helpful to others.

6. What one piece of advice would you give to somebody just starting out?
Everyone in the gym genuinely wants you to succeed and remembers just starting out. Don’t be intimidated, ask questions, have fun, and if I’m in your class please note the location of the AED.

What are other 5 Alarm athletes saying about Dave?

When Dave told me over 2 years ago he was going to go to a Crossfit gym class, I could NOT believe it. We had started running 5K’s and half marathons a few years before, but had been opposed to trying Crossfit because a few people had relentlessly tried to get him to go to a different gym. But, he was ready to try something new and Barry invited him to come to a class. It took a lot of courage, but he tried it and really liked it. A few months later I tried it, and we’ve been hooked ever since. I’m proud of him for sticking with it because he has become stronger and more confident, and it’s a great stress reliever too! Dave is one of those people that light up a room because of his humor and positive attitude. He has formed some new friendships (he’s an official member of Wayne’s Mile High Club), and we both love the community and family feel of Five Alarm Crossfit. I’m proud Dave has been chosen as the 5 Alarm Spotlight Member this month! – Amie Mouser

Dave is that guy who, when he is around, you know you’re going to laugh and have a good time. He is always up for anything. He never complains. Never wants to back off and is always pushing himself and those around him. He is super motivating to everyone in class. He works hard and is always at the center of the biggest laughs in the gym. We always share a rack and I have watched his strength numbers sky rocket over the last few months. Super impressive! I have only seen him upset one time……(I didn’t think the haircut was that bad.) I am glad he is at 5 Alarm because every gym needs more people like Dave. – Wayne Geffon

Dave is one of the funnest people to coach in my classes. He’s not only hilarious but also very hardworking. When he comes into the gym, he’s always happy and joking around, but ready to tackle the workout of the day. For the past few months, he’s consistently setting new PR’s on pretty much everything he does. I’m glad I’ve been able to coach him and see all the progress he’s made. It’s been amazing! I can’t wait to see what the upcoming year has in store for you. Keep up the good work! – Ryan Reilly

Dave Mouser completes 5 Alarm CrossFit. Besides being arguably the funniest person in the gym, he’s just a delightful person. There are times he comes into the gym and you can tell he’s had a rough day, but he always manages to still crack jokes and never brings anyone down. As funny as Dave is, his main strength is, well…his strength! Sometimes he plays off that things are “too heavy” and then makes it look like baby weight! Keep up the great work Dave! We love having you here at 5 Alarm! – Catie Carlson

Dave really is a great guy to have around. He will make you work hard but also laugh with a unique ability to separate the two, yet always have a timely quip or moment of motivation hidden in his back pocket of his pocket-less work out shorts. Finding out that he hosts large seminars and speaking engagements in addition to his day job was no real surprise- as knowing Dave for only a short period of time you can see how these traits would translate to something interesting and meaningful. He is also an incredible dancer, and never one to be shy, regales the afternoon classes on almost a daily basis. His favorite music is “anything with a sick beat” and his hobbies include Jorts. Dave and his family are truly great people to know and in all cases will make you a better person just through being around them. I have attached my favorite picture of Dave below…. – Mark Larsen 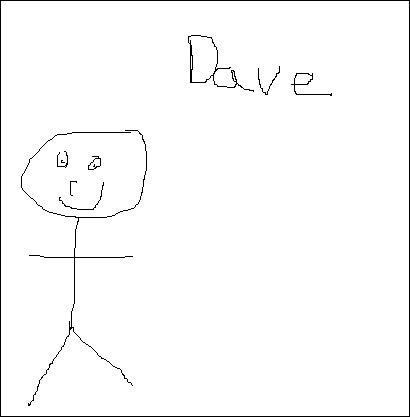